Summer is coming and our thoughts turn to shopping, or at least that’s what we can infer from figures that demonstrated spending started to increase with the arrival of warmer weather this year. The Barclaycard research indicated a 3.6 per cent rise in May’s retail activity compared with that of April. 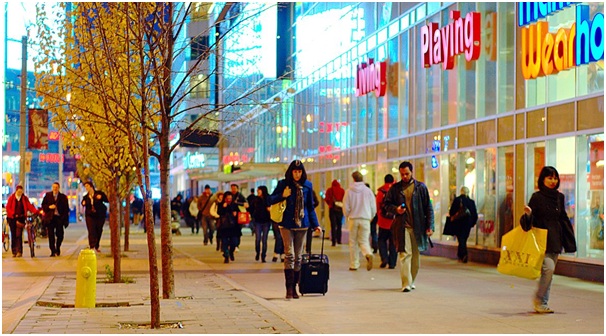 Preparing for the outdoors

Happily, warmer temperatures mean less of the household budget is required for heating bills, freeing up some cash. A breakdown of the figures reveals significant growth in spending at garden centres and DIY outlets as the winter months ended and the public readied itself to spend more time outside. However, the spring atmosphere didn’t just bring fun and good news. While consumer outlay has increased, so has consumer debt.

As this report from The Guardian illustrates, flashing the cash over summer on entertaining, clothing and homewares to take advantage of balmy days is not a new phenomenon. The increase in debt that accompanies warm weather purchases is a familiar story, too.

While it is tempting to flash the credit card to buy a new garden setting, too many unplanned expenditures of this sort could result in unmanageable debts. One way to get liabilities under control is with an Individual Voluntary Agreement (IVA). With this tool, debts are repackaged into manageable payments over a set period that is negotiated in a legally binding contract. In an article on personal insolvency by the BBC, it was reported that people using this method of resolving debt were more likely to retain their homes than those who chose to declare bankruptcy.

If battling arrears that seem insurmountable, there are an array of professionals who can assist, or look at an IVA from Carrington Dean and other providers. Debt can appear catastrophic, but there are ways of taking back control over your finances.

Get organised for good times

Planning ahead can be a good option. A savings plan that means putting aside some extra cash to take care of unexpected bills or indulgences is generally a good idea. Think honestly about what summer might bring and how you want to spend this interlude, and with a little forethought, the sunniest part of the year will bring only enjoyment without a burdensome financial hangover.