Ireland is thoroughly blessed with a variety of wonderful walks and wanderings but one of the best has to be the marvellous Ring of Kerry. This is a clockwise walk that runs from Killarney to Kenmare. It takes in several picturesque villages and towns such as Sneem, Waterville, Cahersiveen, and Glenbeigh. It is a breathtaking trip but you will need something to keep the chill out. This is why you will need to have a decent set of Mens Aran Sweaters like those you can buy from Shamrock Gift. 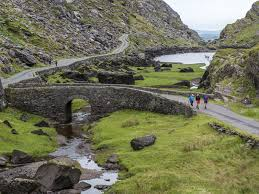 What can you see when you walk this road? It’s not only a walk through the natural world it is also a trek around the modern as well. The landscape has developed over the many centuries from the ancient world that is also very much in evidence. 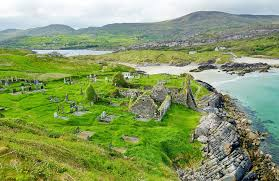 For example, the Dunloe Ogham Stones, reckoned to have been carved in the fifth or sixth century, are a registered national monument. A much larger structure is the Staigue Hill fort just outside of Sneem. This was a large Iron Age structure, built around 400 to 600 AD and was the home of a powerful Chieftain in the area. Even more impressive, it is dry stone construction that used no mortar between the carved and shaped stones. Medieval castles are also covered by Ross and Ballymalis.

There are also examples of the industrial world. A visit to the Kerry Woollen Mills is a great stopover as it is one of the last independent Mills left in Ireland. Being Ireland there are numerous pretty churches to view and the Torc Waterfall has little to rival it.