And is that looking approach to design premium that can be found in other brands from Samsung has introduced its new portable speaker Level Box Pro, which is particularly remarkable, with sound quality for outstanding design that makes not clash or house or as a portable speaker. 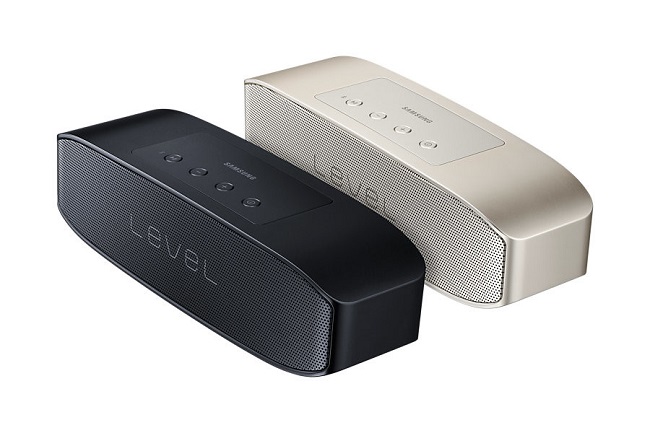 If anything highlights the new speaker Samsung is by design, with a metallic finish including grid in which shines the name, with a top where we will find the basic controls for use by four buttons. It has a top with a slight curve that makes the action seem more contained. In this regard, it boasts a 20.0 x 5.5 x 6.2 cm and weighs 842 grams.

The Samsung Level Box Pro has Bluetooth UHQ sound for which he uses the codec UHQ-BT, so that despite being connected wirelessly will be able to enjoy superior audio to CD quality. And it is that despite its compact size is a loudspeaker that achieves crisp treble, clear and sound means deeper bass.

The new speaker features four speakers output 20 watts and two passive radiators through which and in combination with the built -in battery is guaranteed up to a total of 9 hours of continuous music playback. It is seen with the use if that number is real or is something less.

Also highlights two other features such as Dual Pairing why we can match the speaker up to two devices so that we pass from one to another with the press of a button or function Dual Sound with which connect two Level Box Pro each other, so that we together with greater power to achieve enhanced stereo effect.