There aren’t a huge amount of songs about cricket but of those sporty tunes, one certainly stands out. 10cc’s classic ‘Dreadlock Holiday’ while not specifically about cricket itself, has become famous for one line – ‘I don’t like cricket… oh no…I love it!’ So let’s a take a look at the story behind the song.

The story that unfolds in the song is based on true events and were inspired by time spent in Barbados. It is about a man who finds himself at risk of being ripped off when he is holidaying in Jamaica. An inexperienced tourist who has trouble in dealings with a gang who steal something from him. The real events that prompted the song occurred when Eric Stewart of 10cc and Justin Hayward of The Moody Blues went on holiday together to Barbados.

The two were parasailing off a raft in the sea, being towed by a speedboat and lifted into the air for incredible views. Eric went first, leaving Justin on the raft with two locals and one Jamaican. One of the chaps took a shine to a silver chain being worn by Justin and offered him a dollar for it (recognise those lyrics from the song?) He said no as it was obviously worth a lot more than that and besides it was a present from his mother! The guy replied that had they been in Jamaica, he would cut his hand off for that chain. When Eric returned and asked if Justin wanted to have a go he said no and that they should just leave pretty quickly!

The actual line about not liking cricket but loving it, came from a different experience that actually did happen in Jamaica. Graham Gouldman of the band struck up a conversation with a Jamaican man in a hotel in the country in which they ended up musing about sport. When Gouldman asked his new pal if he liked cricket, the man replied with ‘I don’t like cricket’, then paused for a moment and continued with ‘I love it’. This obviously amused Graham and it stuck in his head. For Venue Hire in Taunton, visit http://www.countygroundtaunton.co.uk. 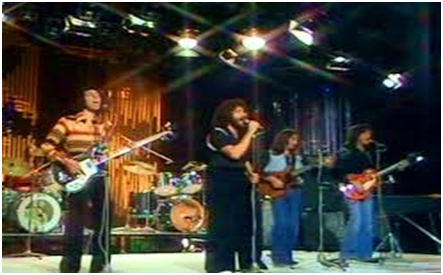 Dreadlock Holiday has become the standard song used for anything relating to cricket and it spent a week at number one in the UK chart in 1978. It’s quite amusing to note though that song isn’t really about the game of cricket but instead it tells a story, based on true events, about an obnoxious white tourist who tries to prove his dodgy rastafarian knowledge to a bunch of muggers!

There are a few other songs about cricket – do you recognise any of these?