Humans are fascinated by robots and Hollywood has been bringing us tales of robots and androids for decades now, both light-hearted and sinister. Here we take a look at some of our favourite robots from the movies:

The honour of the world’s most lovable robots has to go to C-3P0 and R2-D2 from Star Wars. The most famous droids in the universe are an obvious choice for this list. They argue like a married couple but have one of cinema’s most legendary friendships. R2-D2 can do it all and save the day, while C-3PO can moan about it in true human style. The two bring great comedic relief to the otherwise serious message of the Star Wars saga and bring an extra dose of camp to the franchise. R2-D2’s uncanny ability to get his friends out of every danger puts him right near the top of the Most Talented Movie Robot list. If there is a gadget, you can bet R2-D2 has it in that mechanical frame. He can even fly if the situation calls for it. He is definitely a robot I’d like to have around. For Home Automation Companies, visit http://digitalinteriors.co.uk/ 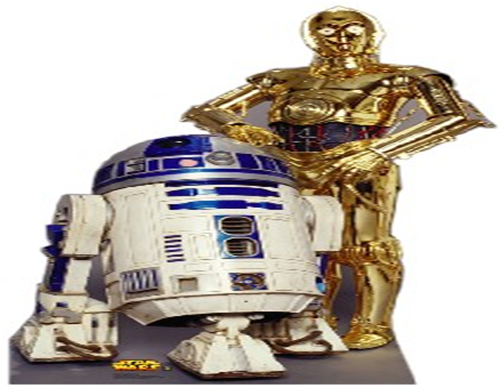 A not so friendly version of an android was presented to audiences in the Alien films. Ash was the android who managed to trick the crew of the Nostromo that he was human. His orders were to bring back alien life crew and the crew was expendable! Thanks to his sinister intention to capture a live specimen of the alien species, all hell breaks loose on board the vessel and we get one of the greatest science fiction/horror films ever made. Ash also experiences one of the best movie deaths of all time for an android.

Another iconic android, Data would have given anything just to be one of the humans. Much like the other Pinocchio-style characters on our list, he just wants to be like everybody else. Yet his stiff persona might make him an outsider even as a human. He gives us food for thought when he says “I choose to believe that I was a person, that I had the potential to become more than a collection of circuits and sub processors.” Data has a great yearning to be one of us and it makes you wonder if one day A.I will develop near human-like emotional responses.

On the same theme as wanting to be human, this artificial boy also wants to be human. The film has quite dark undertones and involves an attempted replacement for a family’s comatose son. Once he becomes a staple in the family, the once-comatose Martin returns home and begins a rigorous bullying of David. This sets off an adventure that will turn an innocent robotic boy into a mysterious stranger in the underworld of future America.

One of the coolest robots ever is Arnold Schwarzenegger’s T-101. In one movie he is a killing machine and in another he is a friendly protector. Technically he’s a cyborg and is re-programmed from his original intentions to kill John Connor by Connor himself, who sends the T-101 back in time to protect himself from an even more deadly time traveller, the T-1000. 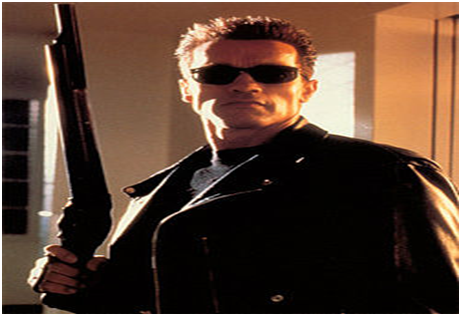 When hit by a lightning storm Number 5’s circuits go into a frenzy and this fun robot loses his ability to respond to military supervision and what follows is a curious comedy about a unique robot. The best feature of Johnny 5 is his reading ability. When Johnny 5 needs to learn something, he can scan an entire textbook in seconds. If only revising for exams was that easy! This light-hearted movie offers much needed relief from many of the more intense and sinister robots in movies.