One of the most exciting features of North Devon is its extremely hill and rugged coastline. It isn’t much fun for the inhabitants as they try and navigate their way around it. The locals of the Village s Lynton and Lynmouth are a prime example. Lynton sits on the high hills (hence ton) and Lynmouth sits at the bottom (hence mouth as it’s at the bit where the river Lyn flows into the sea). It’s a tough climb so the locals have a George Croydon Marks to thank for a funicular railway that runs them to the top and back down. The best thing about is it’s powered by water! Perhaps some Plumbers Forest of Dean could have a word as the residents there have a fair few hills to get up and down. Maybe a visit to Boiler Installation Forest of Dean will see if it’s on the website but I doubt it. 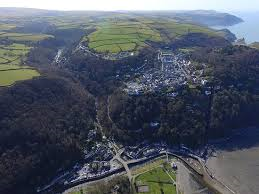 Lynton and Lynmouth are beautiful places but the hills were a bit of problem as most goods came into Lynmouth via the sea and were then carted up to Lynton by carthorse and packhorse plus donkeys. This took ages and not only that it was very intensive on the horses and mules that didn’t last very long doing this every day. Not only that but the late eighteen hundreds saw a rush of tourist to the villages and they were not prepared to go up that hill so the Donkeys and horses got even more work. By eighteen eight one it was clear that a lift on rail system was the only way forward and a traditional steam powered one was proposed. 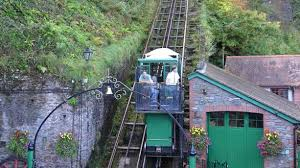 In stepped the George Croydon Marks whose design of using the flow of the Lyn water to power the railway, saving millions and also being environmentally friendly as we would understand it now, put in his bid. He was backed by a local business man George Newnes who had supported other railways in the county and who also had an arteria motive as he lived in the top of Lynton and was sick to the back teeth of bumpy Donkey rides. The whole thing took three years to make and was done non-mechanically.

It’s a listed monument now and was also able to carry cars at one point. It is still going strong and is quite the draw for tourists still. It’s a simple system. Large tanks under the Rail car fill with water until it is heavier than the lower car. The brakeman guides the heavier car down pulling the lighter car up simultaneously and after the 3 quarters point he slowly releases the water so that that the cars switch. Ingenious.