The act of smoking has been around for more than 7,000 years, which makes it more than 1,000 years older than any known religion. Tobacco was first used in 5,000 BC by the inhabitants of pre-Columbian America and the first smokers evolved from incense smoking to the smoking of reeds to smoking ‘tubes’ and on to pipes and cigars. Over time, the traditional tobacco cigarette was created and this became the staple of smokers around the world for centuries to come. Now however, after dominating the market for so long, it looks like tobacco cigarettes may be nearing the end of their life cycle, as with the advent of e cigarettes and the latest vaping gizmo’s they have fast become the Neanderthal of the smoking world. 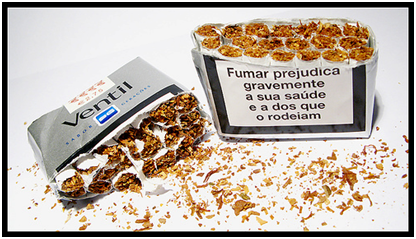 A taste for tobacco

The first tobacco smokers were the Native Americans and they used tobacco for ceremonial and medicinal purposes. It took years for the taste of tobacco to become one that was desired simply for pleasure, and Christopher Columbus can be credited with introducing the plant to Europe as he took seeds and leaves back with him on his travels. However, it was only in the mid-16th century that tobacco really become popular when diplomats and adventurers got a taste or it. France’s Jean Nicot, whom nicotine is named after was instrumental in the spread of tobacco’s popularity and helped introduce the plant to England, France, Spain and Portugal.

In 1612 the first commercial tobacco crop was successful reaped by John Rolfe and it took only seven years for the tobacco leaf to become America’s largest export. In those days tobacco was big business and it continued to be until the E Cigarette made its appearance in the market only a few short years ago. Now, tobacco companies have had to make big changes in the way they operate Sa and adapt their offerings and embrace the electronic market.

A glamorous era of tobacco comes to an end

From the roaring 1920s and all the way through till the mid 1980s tobacco smoking was considered glamorous and sophisticated and smokers were able to light up in malls, cinemas and restaurant. Today this is unheard of and you are barely able to light up outside and only vapers have the pleasure of enjoying nicotine in a less restrictive form.

Over the last 18 months vaping has become much more accessible, and instead of emulating stars like Marilyn Monroe and Audrey Hepburn, the new smoking icons are Katy Perry, Cheryl Cole and Kate Moss who have all ditched tobacco for vaping. With the end of an era in sight and tobacco cigarettes waning in popularity, vaping has spurned a whole new culture and if this trend is anything like its tobacco counterpart, it looks set to be around for many years to come.

Not surprising really, the main benefits being:

–   More money saved is more money for other things

Confidence improves       – With more money in your pocket why not pop down to your local dentist and get them cleaned.  http://www.sjrdental.co.uk is a Leicester cosmetic dentist all too familiar with a smoker’s mouth and will have you spruced up in no time.

Today, tobacco laws and regulations, health concerns and many other negative aspects surround the tobacco industry. After having been around for so many years it looks like the smoking world has finally evolved and vaping has become the new way to ‘light up’ and will go down in the annals as the alternative that finally toppled traditional cigarettes.