The Jungian therapy or Jungian analysis as it is also known is an approach psychoanalytical that was developed by psychotherapist Carl Gustav Jung. Along with Freud, Jung is considered one of the pioneers of depth psychology, especially the unconscious mind.

Although Jung Freud worked with for some time, they separated due to the different theories. While Freud said that dreams and the unconscious are personal things contained within an individual, Jung believed that the personal unconscious is only the top layer of much deeper collective unconscious: the uncontrollable, inherited part of the human psyche, which consists of archetypes or patterns common to all humanity.

In Jungian therapy, these patterns can explain why we have habits that cannot be broken, like addiction, depression and anxiety. Therefore, the approach aims to analyze these archetypes in order to better understand the human being. Through the process of self-awareness, transformation and upgrading, Jungian therapy can help people see what is out of balance in your psyche. This is to enable them to consciously make changes that help you be more balanced and complete. 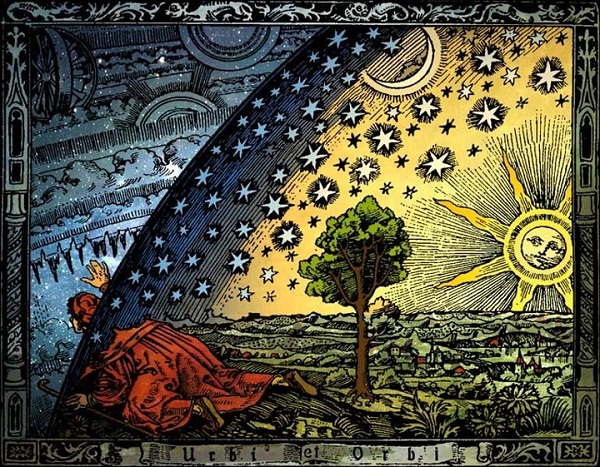 As mentioned above, a key aspect of psychotherapy Jung is the understanding of the relationship between the individual and his psyche to bring elements of it into consciousness. Jung said that the unconscious is expressed through archetypes, which are projections according to him innate among cultures and universally recognized and understood. It is a way to organize how humans experience certain things and is evident through symbols found in our dreams, religion, art, etc.

Throughout life, it is expected that these inner archetypal expectations collide with other experiences in the world. This can lead to internal conflict through the inevitable ego defenses. Jung recognized that the ego must be released from these disorders or complex “for people who lead a fulfilling and meaningful life, where their energy can be put to more productive use in the service of life.

Although Jung believed that there was no limit to the number of archetypes that may exist, she identified five most important in all human beings.

All our ancestors had mothers. We have evolved in an environment that included a mother or a substitute for it. We would never have survived without the connection with a care in our times of helpless infants. It is clear that we are “built” so that it reflects our evolutionary environment: We come into this world ready to want a mother, seek it, recognize it and deal with it.

Therefore, the mother archetype is a skill evolutionarily formed and directed to recognize the relationship of “mothering”. Jung establishes this as something abstract, but all we project the archetype to the generality of the world and at the same time individuals, usually our own mothers.

The primordial mother or “earth mother” symbolizes this archetype by Eve and Mary in western traditions and fewer custom symbols as the church, the nation, a forest or ocean. According to Jung, someone whose mother has not met the demands of the archetype, perfectly become a person who looks through the church or identifies with the “earth mother” or meditation on the figure of Mary or in a life dedicated to the sea.

Jungian archetypes are not really biological elements, like Freud’s instincts. They are demands that are more specific. For example, if you sleep with elongated things, Freud would suggest that they represent the phallus and, therefore, sex. Jung proposes a different interpretation. Even the dream of the penis does not necessarily imply a sexual dissatisfaction.

It is curious that in primitive societies, phallic symbols usually do not refer at all to sex. Usually, they symbolize mana or spiritual power. These symbols are displayed when necessary to implore the spirits for a better crop of corn, or increase fishing or to help someone. The relationship between the penis and strength, between semen and seed, between fertilization and fertility, are part of most cultures.

In this archetype sex and instincts, they are included. Derived from a pre-human animal past, when our concerns were limited to survival and reproduction, when we were not aware of us as subjects.

Here it is also the “dark side” of our most or I negative and evil side. This means that the shadow is amoral; neither good nor bad and animals. An animal is able to take care of their children warmly while it can be a ruthless murderer for food. However, he does not choose any of them. Just do what you do. It is “innocent”. However, from our human perspective, the animal world seems brutal, inhuman; so the shadow becomes something akin to a “dump” of those parts of us that do not want to admit.

The person represents our public image. The word obviously is related to the word person and personality and comes from the Latin meaning mask. Therefore, the person is the mask we wear before leaving the outside world. Although starts being an archetype, eventually assuming it going, becoming part of us more distant from the collective unconscious.

At its best presentation, is the “good impression” we all want to give the meeting the roles that society demands. However, at its worst, it can confuse even us, of our own nature. Sometimes we come to believe that we really are what we pretend to be.

This is one of the most prevalent archetypes. While the bore represents the “feminine” qualities of the male psyche, the animus represents the “male” qualities in women. The Jungian analysis assumes that all men have female components in your psyche and vice versa. It is also believed that these archetypes are representations of our true self – the route to our souls – and the source of our creativity.

In the Western world, however, it has always been considered that the actions taken by these archetypes that should be abolished. For example, men have been socially conditioned to stop any sign of femininity, while women have been led to believe masculine qualities are unattractive. This can lead to internal conflicts, which can limit our potential. Jungian therapy aims to help people accept their anima / animus – joining their unconscious and conscious – to help them feel whole. The anima and animus are archetypes through which we communicate with the collective unconscious in general and it is important to get to contact him. It is also responsible for our love life archetype: as a Greek myth suggests, we are always looking for our other half; the other half that the Gods took from us, in members of the opposite sex. When we fall in love at first sight, we have stumbled upon something that has filled our anima or animus archetype particularly well.

These terms have been confused with words like shyness and sociability, partly because introverts tend to be shy and extroverts tend to be more sociable. However, Jung was more about how inclined we are to the person and the external reality or to the collective unconscious and archetypes. In this sense, the introvert subject is a little more mature than the extrovert is, although it is true that our culture values the extrovert.

Jung suggests that there are four ways or functions to do this:

We all have these functions and use them in different proportions. Each of us has a superior function that we prefer and that is more developed a secondary, of which we are aware of its existence and used only to support the first. We also have a tertiary, which is very poorly developed and is not conscious for us and finally a bottom, which is very poorly developed and is so unconscious that we might deny its existence in us.

Most of us only develop one or two of the functions, but our goal should be to develop four.

The method of Jungian Therapy

The therapy Jung is a talk therapy, but there are several screening methods used throughout the process. These will be applied more successfully if the relationship between client and therapist is based on authenticity, trust and professional collaboration among equals. The quality of this relationship ensures that customers feel comfortable to open and explain their problems because they feel that they given the support and security needed to facilitate awareness, self-realization and transformation that will help you overcome the difficulties that limit their psychological integrity.

Below are some common techniques using a Jungian therapist, these can be tailored to the individual and their needs.

Here you can get more information in this blog great depression facts.