Bras are quite possibly the most important element of a woman’s wardrobe. They provide support, and prevent aches and pains and unwanted movement. They also help us to feel attractive and beautiful. But how are these items made? 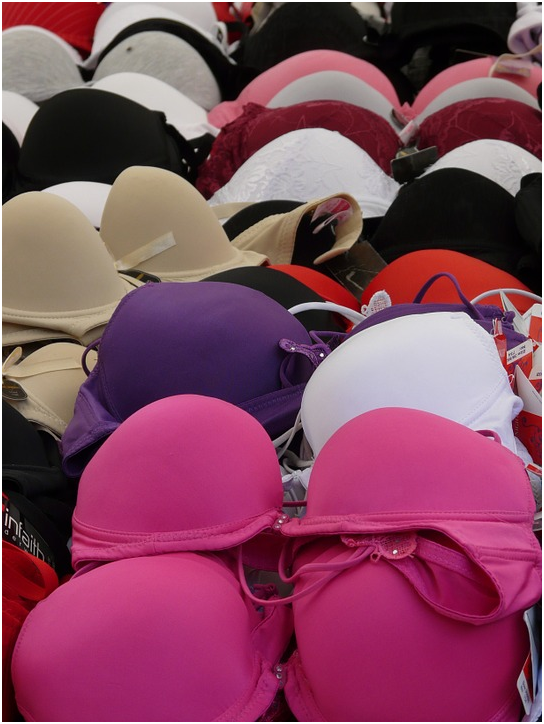 The bra market has become sharply divided, between bras that are primarily worn for comfort and shape, versus bras worn to look beautiful. There are bras that do both, like the Prima Donna Deauville bra, but you only have to take a look in your own underwear drawer to see the difference.

We probably don’t need to tell you that when a comfort or support bra like the Prima Donna Deauville bra is planned, the designer works like an engineer. Panels and straps are chosen for their performance, to produce a reliable end product that won’t rub or pull.

However, when a bra is designed to be beautiful too, as the Prima Donna Deauville bras are, the designers must also decide on the physical appearance and structure. Cup shape and function are still important, but now the look and how the bra fits into a collection is just as critical.

Once the designer has produced an illustration, prototypes and patterns are produced. The first model of the bra will be cut out of cardboard by computer and then assembled by hand. There are industry standard guidelines in place to ensure that a bra is fit for purpose. As we all know, however, not all companies adhere to these guidelines. Plenty of cheaply made bras from abroad don’t quite do what they’re supposed to do.

Once the design is approved, the same components from the model including the panels, straps, cup top, cup bottom, centre, side and back are produced in fabric and checked again. These are usually tested on models for fit and comfort and once they pass the grade, the pattern can go off to the factory.

In the factory, standardised assembly and industrial machines mean a small item like a bra can be made quickly and most importantly, very accurately. Even a difference of 2 mm on a sewn edge can ruin a bra. Once the bra is finished, it’s checked again. If it is perfect, it might just find its way into your underwear drawer.