In an age where TV talent shows like American Idol, The Voice, and The X-Factor are devoured by audiences constantly hungry for more, it’s no surprise that the American network ABC are happy to deliver just that. 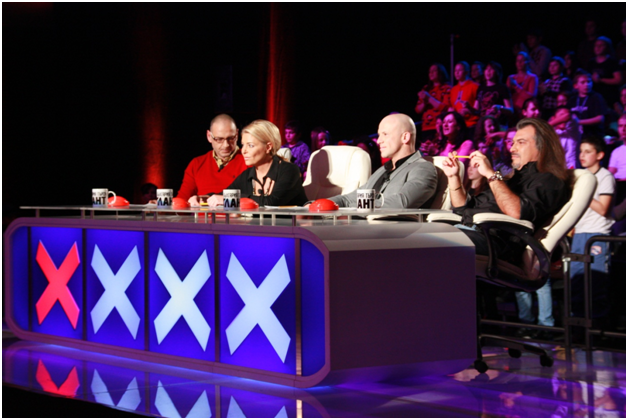 The twist is that they aren’t planning some shiny new show with fancy side effects and huge expectations – instead the new kid on the block is actually a revival of the long time favourite, the Gong Show.

Hold on for a second surprise – the producers wanted to hire a comedian to host it, and chose the very British Mike Myers, perhaps best remembered for his role as Austin Powers in the saucy Bond-spoof movies set in the 1960s.

In typical comedic approach, the host will only ever be introduced as or referred to as Tommy Maitland. So Myers will host the show under this assumed name, playing a character created especially for this role. Confused yet? Perhaps you need to read the very extensive and impressively comprehensive fake bio which Maitland has had created for him, which, ironically, includes a stint spent working the comedy circuits.

It’s not clear right now exactly what format the new version of the show will adopt, but it seems unlikely that the key features that made the Gong Show so special would be abandoned. The very fact that those putting themselves into the public eye will range from the uber talented to the painfully bad is exactly what makes the public love these shows so much – https://parade.com/478199/amyspencer/simon-cowell-why-we-love-talent-shows/. Quite frankly, we enjoy watching the people who are completely talentless as much as those who are born to be stars!

All the right ingredients

So there will be a random mix of contestants, a panel of celebrity judges, and the chance of those sharing a talent being ‘gonged’ off at any point. Overall it is the perfect mix for twenty-first century TV. Perhaps future plans to offer the show to the UK will be proposed, opening the door for budding talent from karaoke evenings, stage schools or circuits such as https://thecomedyclub.co.uk/ with a chance at fame!

Quite what the US audience will make of this is unknown, but here’s hoping the unusual combination of a British comedian (pretending to be someone else), iconic celebs and quirky contestants takes off.