Men’s fashion has changed considerably since the 1930’s from double breasted suits to current formal wear and everything in between. The 1930’s demonstrated how bigger were definitely considered to be better. Double-breasted suits, full trousers and tuxedos with tails were all the rage in the inter-war period.  This was the time of the Great Depression and while the average man couldn’t afford to indulge in high fashion, many enjoyed the elegance of Hollywood actors like Cary Grant and Fred Astaire. The Second World War had a large impact on fashion due to the restrictions on the use of materials. The government restricted the use of wool and so jackets became single breasted and trousers dropped the cuffs and pleats that were so fashionable during the previous decade.

The 1940’s saw the introduction of low cost, mass produced, ready-to-wear fashion. The 1950’s were a period of recovery for many parts of the world and so fashion reflected this with conservative styles. Trim tailoring and standard accessorizing became the norm, such as hat, pocket square and tie. It was the decade for all young men wanting to fit in and be part of the club and mass producers were happy to churn out the same boxy suits and loafers for all. Man made fibres appeared for the first time including Rayon and Nylon but it wasn’t all dull conformity however, as this decade sees the birth of the colourful Hawaiian shirts for those who could enjoy warmer climates. For Mens Farah Shirts, visit https://www.ejmenswear.com/men/farah.

It wasn’t until the 1960’s that men’s fashion really started to make statements. Formality gave way to flared trousers, flowery shirts, wide lapels and crazy patterning. Over the decade, floppy collars are the popular choice with tailoring becoming much looser with the advent of the lounge suit. Fashion becomes focused on individual comfort and looking totally groovy man! It was the decade of rebellion against the establishment and this was reflected in the clothes of the time. 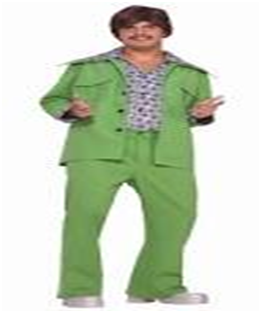 The 1980’s was all about power dressing, money making and bold statements in fashion. Shoulder pads ruled supreme framing power ties and suspenders. Colours were bold and graphic patterns became popular as well as expensive garments and gaudy accessories.

The 1990’s was a lot more relaxed than the fashion of the previous decade and focused more on a baggy, casual, sporty look. T-shirts, hoodies, distressed jeans and trainers were all the rage along with the rise of tattooing and body piercing. Offices begin to become less formal and the phrase ‘business casual’ enters our vocabulary.

Clothing began to slim down at the turn of the new millenium with the European slim fit becoming popular in suits. The rise of the internet made it easier to look for and purchase garments like never before and the first menswear blogs began to appear. Hip hop culture heavily influenced youth fashion. Thankfully as we passed the 2010 point, men’s fashion is definitely becoming more stylish and classic again.