Scientists have discovered that a gene found in the common fruit fly (Drosophila melanogaster) could hold the key to cleaning up land contaminated by the residues from TNT. 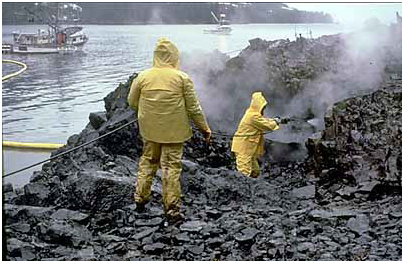 Residues from explosives like TNT represent a risk to human health and to the environment as TNT does not break down readily. Long-term exposure to TNT residues can cause a range of allergic skin reactions, cataracts, blood disorders and liver problems.

However, researchers from York University believe that glutathione transferase (DmGSTE6) in fruit flies can help to remove TNT residues. They’ve already had success with a transgenic grass that can help to neutralise RDX, another common component of military explosives.

Currently, there are sites in the UK dating back to WWII that remain contaminated by TNT residues. The potential importance of the fruit fly enzyme discovery is that it will help land remediation services to neutralise the TNT residue in the environment.

By expressing the fruit fly gene in a member of the cabbage family, the plants became more resistant to TNT, and thus better able to remove toxins from the soil than unmodified wild plants.

How does it work? The fruit fly enzyme which attaches itself to TNT molecules is able to modify them, and reduce toxicity both to the plant and wider environment.

First, researchers will aim to prove that the TNT molecules are in fact more biodegradable. Then they’ll look to develop new plant species with the fruit fly enzyme that will help Land remediation services to deal with TNT toxicity.

The logical next step, researchers say, is to express the fruit fly gene into grasses, as happened with RDX degrading genes. Since both RDX and TNT are often used together in munitions, an RDX/TNT neutralising grass could help to deal with what is a global problem.

The usefulness of plants

Phytoremediation, or the use of plants to clean the soil, is one of the newest and most exciting areas of biology – http://www.unep.or.jp/Ietc/Publications/Freshwater/FMS2/1.asp. Mushrooms can also be used in a process called mycoremediation.

Pumpkins have already been used to clean up a felt tip pen factory in America, and pennycress has been used in the UK to clear abandoned mines. Sunflowers were used to absorb radioactive metals from the ground after the Chernobyl disaster.